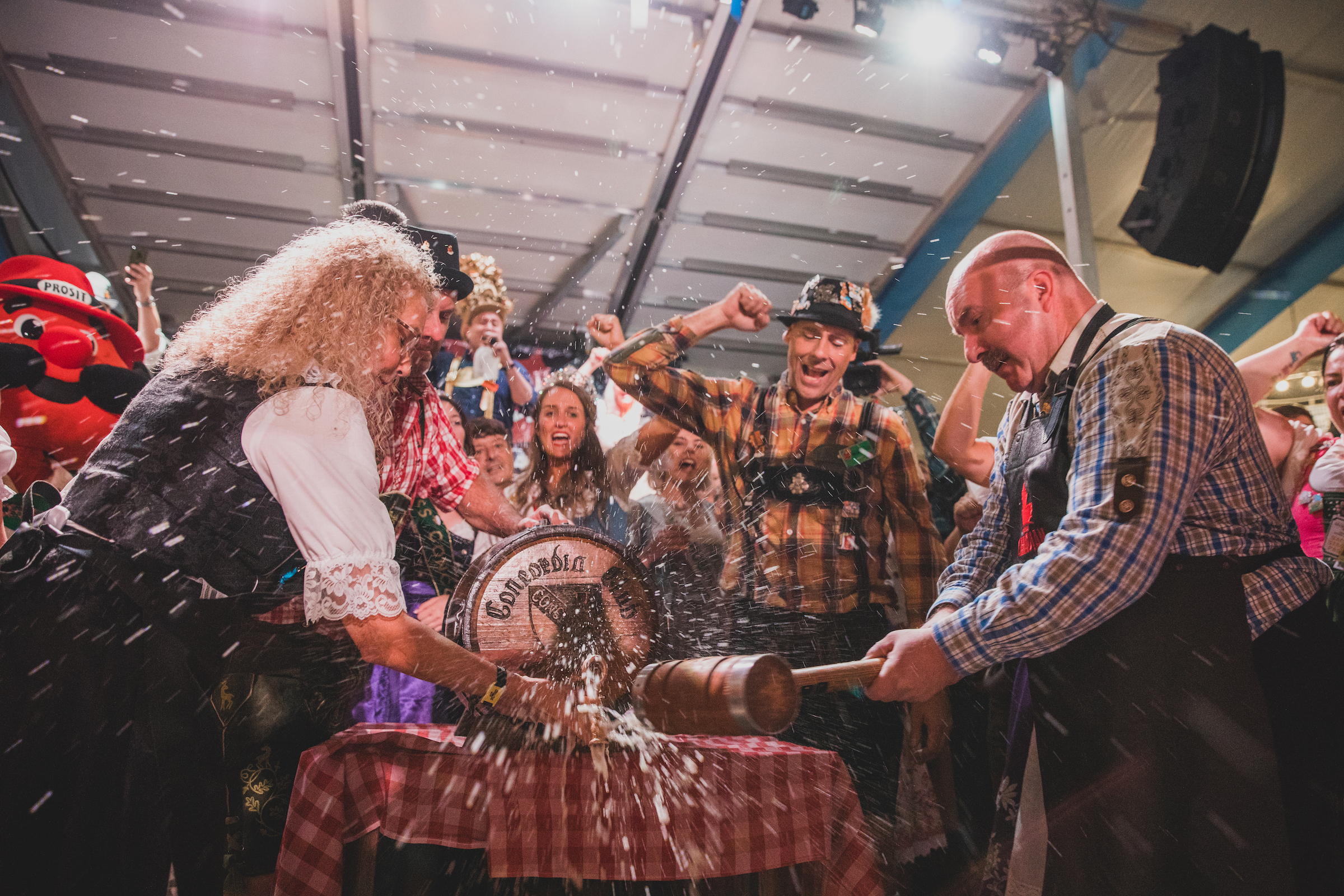 With origins dating to 1873 in Kitchener, the Concordia Club, as its name implies, is a harmony of members whose backgrounds are from all regions of German-speaking Europe. As a Centennial project, the club created a large Oktoberfest celebration in 1967.

While other local clubs had smaller versions, Concordia developed Oktoberfest “on a major scale”, says club past president Werner Schlueter, “so we rented what looked like a large circus tent and that was the launch of Oktoberfest.” The considerable success of the event prompted the Kitchener Chamber of Commerce to pick up on the idea and the rest, as they say, is Gemütlichkeit history.

Concordia has roughly 20 groups from choir, outdoors groups, dance and bowling to tennis and soccer, and Oktoberfest helps Concordia run its cultural programs. Schlueter notes, “Oktoberfest permits us to highlight our German culture and allows us to make contributions to the community. It also shows how we can all come together and have a good time as friends.”

Women of the Year

Past and Future Events

We encourage our community to continue their reconciliation journey along with us by visiting the National Centre for Truth and Reconciliation (NCTR).
To find out more information about the land that you’re on, visit Native-Land and Whose Land.